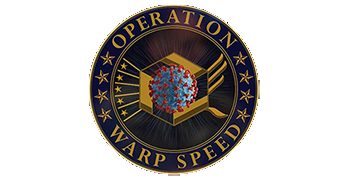 From its inception in May 2020, Operation Warp Speed, which was tasked with facilitating the development of multiple vaccines to address the Covid-19 pandemic, was widely criticized and scorned by the media and the political left. And yet it proved to be one of the most successful, and life-saving, public-private partnerships in history—a fact that even the media now grudging acknowledge. One … END_OF_DOCUMENT_TOKEN_TO_BE_REPLACED

Official Washington still is struggling to understand and adapt to the populist wave that carried Donald Trump to the White House. Anger and denial linger still, emotions rooted in the social and economic chasm between Trump voters and the political class. What does this mean for health? The first fight is already shaping up, of course, over Obamacare. Before the election, the way forward … END_OF_DOCUMENT_TOKEN_TO_BE_REPLACED

In the 34 states that did not establish Obamacare exchanges, Governors nervously await a Supreme Court ruling that could throw their health insurance markets into chaos. Meanwhile, many of the Governors who did establish exchanges are regretting their decision. More than five years after its enactment, Obamacare has proven a bitter brew for many states.  Nowhere is this more evident than in … END_OF_DOCUMENT_TOKEN_TO_BE_REPLACED

The Wall Street Journal, March 30, 2015 Two reports released in the past week demonstrate a potential bifurcation in state insurance exchanges: The insurance marketplaces appear to be attracting a disproportionate share of low-income individuals who qualify for generous federal subsidies, while middle- and higher-income filers have generally eschewed the exchanges. On Wednesday, the … END_OF_DOCUMENT_TOKEN_TO_BE_REPLACED

Slate, March 23, 2015 Five years ago this week, Barack Obama signed the Affordable Care Act into law, and we’ve been debating it ever since. Like many Americans, I oppose Obamacare, and I think we ought to repeal it and replace it. Over the past few months, however, I’ve come to the conclusion that the fight over Obamacare is a distraction from a much deeper problem, which is that America’s … END_OF_DOCUMENT_TOKEN_TO_BE_REPLACED

The Washington Examiner, March 24, 2015 A major player in health insurance is resisting a bipartisan Medicare bill that would hurt the company's bottom line. That's to be expected. Here's the odd part: The insurance giant is AARP. AARP, formerly the American Association of Retired Persons, is most famous for its $16-a-year membership card that gets you discounts everywhere from the movie … END_OF_DOCUMENT_TOKEN_TO_BE_REPLACED

The Washington Post, March 7, 2015 “I know Al Gore invented the Internet, but I invented health savings accounts, believe it or not. I was the first member of Congress back in 1992 to introduce health savings accounts in the United States Congress.” – Rick Santorum (R), speech at Iowa Agriculture Summit, March 7, 2015  Santorum was among several Republican presidential hopefuls touting … END_OF_DOCUMENT_TOKEN_TO_BE_REPLACED

The Wall Street Journal, March 25, 2015 The Affordable Care Act, signed by President Obama five years ago this week, sparked a host of changes. For some workers, the law’s legacy amounts to fewer hours of paid work. The law’s requirement that larger employers provide affordable insurance to workers putting in 30-plus hour weeks has led some companies to cap the number of hours employees can … END_OF_DOCUMENT_TOKEN_TO_BE_REPLACED