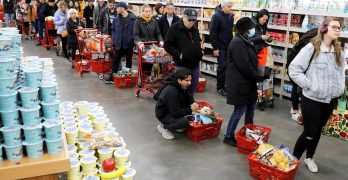 State and federal laws and regulations are hindering the private sector’s efforts to help fight the outbreak. Effectively responding to the coronavirus epidemic requires innovation from private companies, medical professionals, and entrepreneurs. These folks are ready to perform heroic acts, but government rules and red tape are getting in their way. To take one tragic example, it appears … END_OF_DOCUMENT_TOKEN_TO_BE_REPLACED

The table below uses fiscal year 2017 Medicaid expenditure data from Kaiser Family Foundation inflated by 4 percent a year to project the extra funds that would be provided to each state in fiscal year 2020 if the House Democrats’ 8 percent FMAP bump up lasted the entire year.  It also includes the number of uninsured Americans per state in 2018. As a way of making comparisons across … END_OF_DOCUMENT_TOKEN_TO_BE_REPLACED 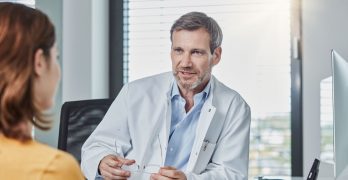 President Donald Trump’s budget includes Medicaid reforms that would restore accountability and improve the federal-state partnership.  Predictably, the left is on the attack, contending that these “cuts” would harm the poor and vulnerable.  In fact, the president’s proposals would reduce improper federal spending, which now exceeds $75 billion annually, preserve public resources … END_OF_DOCUMENT_TOKEN_TO_BE_REPLACED

In selling Obamacare before Congress a decade ago, President Barack Obama promised that he “would not sign a plan that adds one dime to our deficits, either now or in the future.” From her perch behind the president, House Speaker Nancy Pelosi leaped out of her seat applauding at this line. So did Vice President Joe Biden and the entire Democrat caucus. But it turns out that … END_OF_DOCUMENT_TOKEN_TO_BE_REPLACED 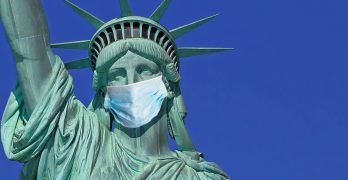 New York state is grappling with a Medicaid shortfall in the billions of dollars. And one of the main reasons is improper enrollment. Using annual information from the Census Bureau to assess the demographic make-up of Medicaid enrollees over time, researcher Aaron Yelowitz and I estimated that 2.3 million to 3.3 million Medicaid enrollees nationally make an income in excess of what is … END_OF_DOCUMENT_TOKEN_TO_BE_REPLACED

Several Democrats on a House Energy and Commerce subcommittee at a hearing Wednesday derided short-term health-insurance plans as “junk,” accusing the Trump administration of “sabotaging” the health care system with a rule that expanded people’s ability to purchase these plans.  The accusations are without merit.  While I was at the National Economic Council, I coordinated the … END_OF_DOCUMENT_TOKEN_TO_BE_REPLACED